Making it quick and easy by being your first point of contact for whatever support you need.

You can call or email them for support 24 hours a day 7 days a week.

You can use their Self Help online service to find the information yourself on a whole host of issues.

What is Veterans' Gateway?

There is a huge network of organisations supporting the Armed Forces community, so finding the right one for your needs can be tricky.

They make it quick and easy by being your first point of contact for whatever support you need, whether you are based in the UK or abroad.

Many of their team are veterans themselves so they understand the issues that people face after leaving the Armed Forces.

They work with people on a one-to-one basis, connecting them with the right support as soon as possible.

Who is part of Veterans' Gateway?

Their connection with additional key referral partners and information organisations – both within and outside the Armed Forces sector – means that they can get you to the right organisation who can help.

Funded by The Armed Forces Covenant, this is the first time a group of this kind has come together formally to deliver a service to help the Armed Forces community. 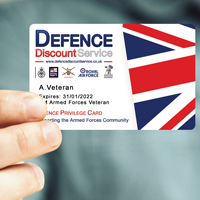 Find out more about our partnership with Veterans' Gateway

Visit the Veterans' Gateway website to find out more