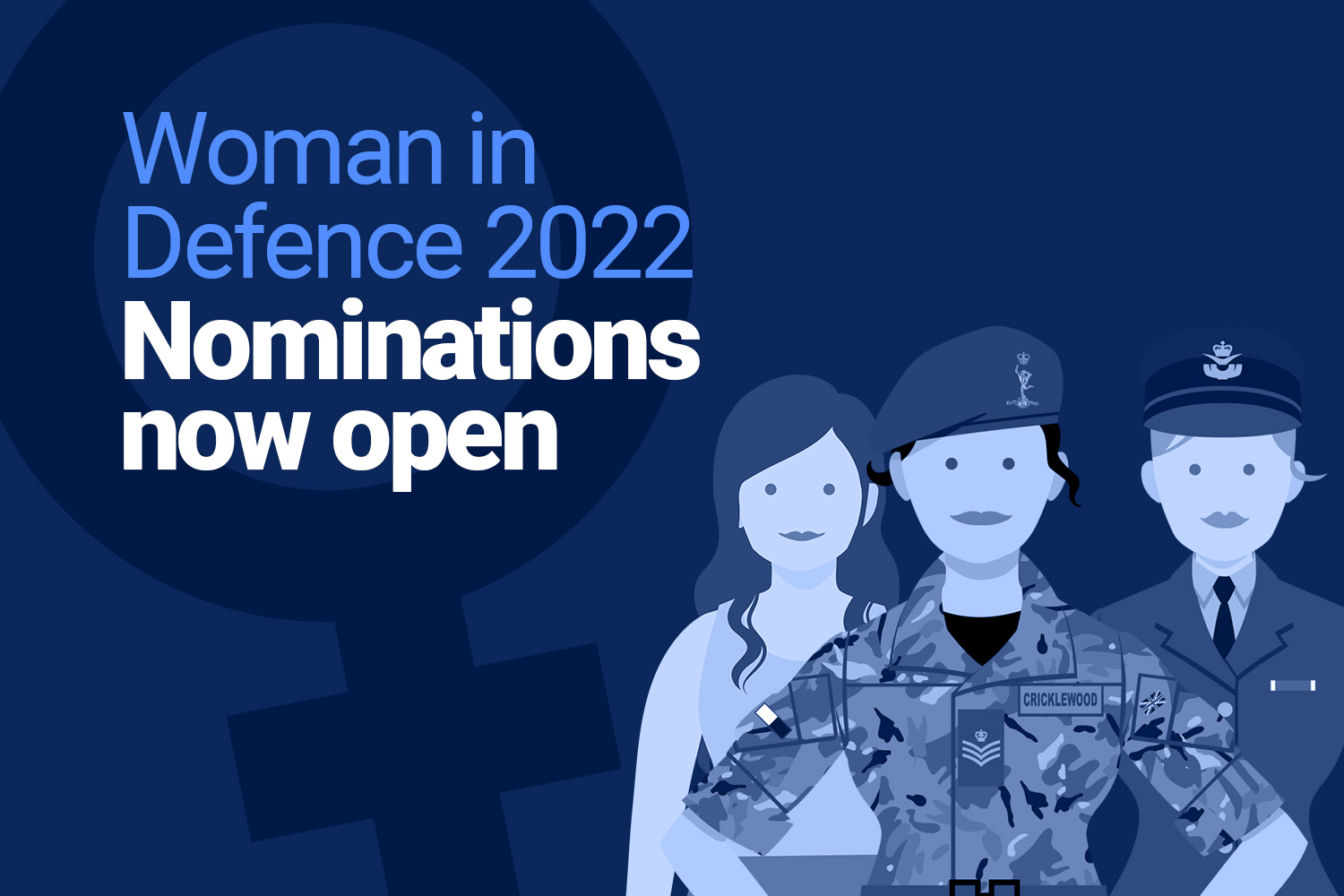 Nominations open for Inspirational Woman of the Year 2022

We're calling on the defence community to nominate inspirational women in the industry as part of our International Women’s Day campaign.

The Defence Discount Service Inspirational Woman of the Year 2022 award looks to mark the achievements of women who are advocating change and making the industry a better place for all.

The competition is open to every woman who works in defence, including those in the armed forces, reserves, MoD civil servants, cadet forces and NATO personnel in the UK.

Entries are open from 4th February and will close at midnight on 1st March, before the winner is announced on International Women’s Day on Tuesday 8 March.

You're invited to send your nomination, along with a few lines about why your nominee deserves to be named Defence Discount Service’s Inspirational Woman of the Year, to [email protected]

According to the MoD, the proportion of women serving in the Armed Forces in the UK is higher than ever before, with over 20,000 in the services as of 2021.

Last year’s winner of the inaugural awards was LCpl Natasha Day RAMC, who launched the Defence Breastfeeding Network to provide a safe space for new mothers in the military.

“Women have been an integral part of the armed forces for over a century, and their presence is only growing stronger. International Women’s Day is the perfect chance to celebrate women’s achievements, and highlight the work that continues to be done to promote equality in the industry.

“There are so many fantastic initiatives in the armed forces, and we urge all members of the defence community to come together and nominate the women they believe are making an impact and have gone the extra mile over the last year.”

The Defence Discount Service Inspirational Woman of the Year 2022 will be announced on Tuesday 8 March with the winner set to receive £500 Virgin Experience Days voucher.