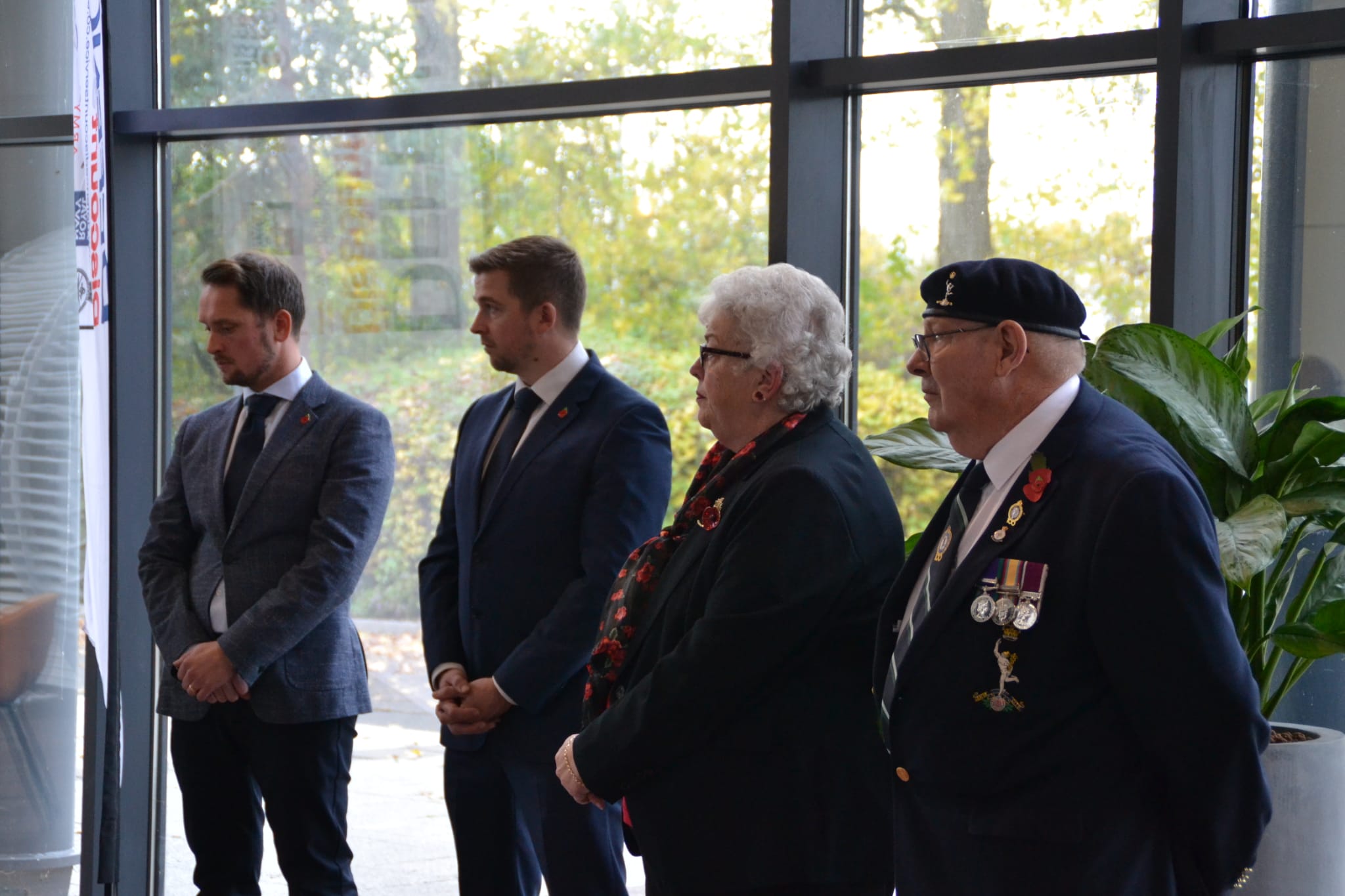 Defence Discount Service paid its respect to members of the Armed Forces who lost their lives in the line of duty on Wednesday by welcoming veterans, councillors and other dignitaries to a ceremony at our Cossington office.

Veterans Ken and Liz Jones, along with Councillor Jenni Tillotson, Deputy Mayor of Charnwood, and Charnwood Borough Council’s Armed Forces Champion, Councillor Hilary Fryer visited our head office in Leicestershire to lay a wreath in memory of the services personnel who died fighting for their country.

We've also donated £1000 to the Sileby branch of the Royal British Legion.

Tom Dalby, CEO said: “Now, more than ever should we reflect on the harrowing events of the past and mark the continued dedication of our Armed Forces – now, and into the future. Due to the pandemic we as a nation were unable to come together and mark Armistice Day in the way we normally would last year. That makes today even more special, and we’re honoured to have Ken and Liz here with us to commemorate the occasion.

“I would also urge people to support the annual Poppy Appeal. Wearing a poppy not only remembers lost lives, but also assists the servicemen and women of today. As Covid-19 restrictions ease, poppy collectors have once again visited local communities to raise vital funds for the Armed Forces community.”

Veteran Ken Jones, who completed seven tours during his time in the RAF– including in the Falkland Islands and the First Gulf War, reflected on his service, commenting: “Liz and I both lost friends and colleagues during our service and we remember them today. We’re both so lucky to still have so many close friends around today, many whom we’ve known for more than 44 years.”

Kirstie Lawrence, Deputy Regional Employer Engagement Director of the Armed Forces Covenant, said: “Remembrance is a day of gravitas; as a nation we remember the sacrifices of those that have come before us. Every poppy counts and no-one is forgotten.  Today’s Military is inspired by its predecessors, and we are proud and thankful that, today, you honour those who go before us and honour, through signing the Armed Forces Covenant, those that lead tomorrow."